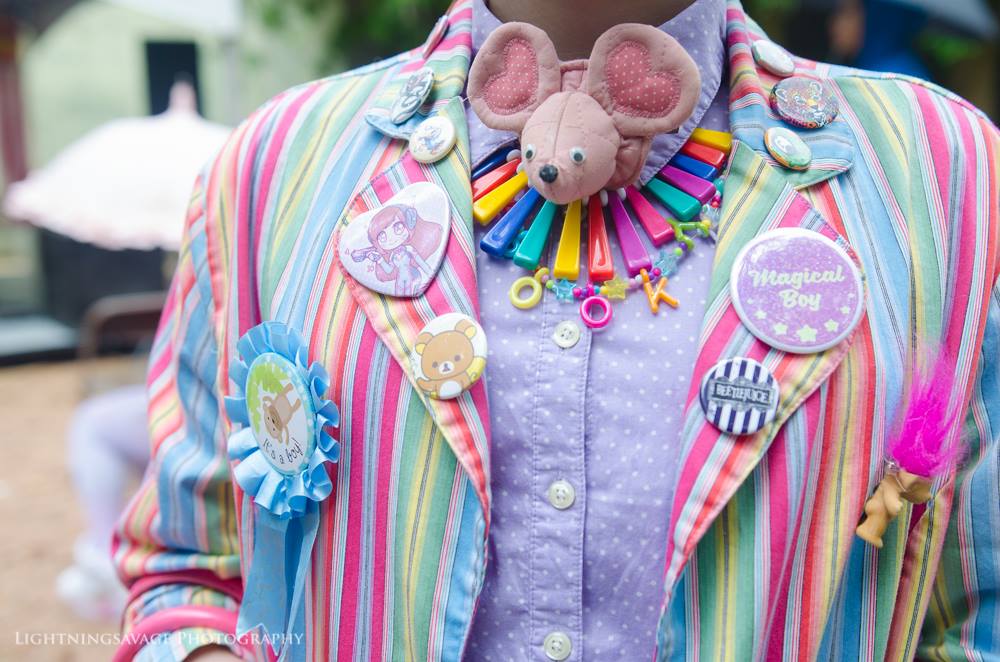 A few weekends ago, the city of Houston, TX held its annual Houston Japanese Festival celebrating Japanese culture. I went to the Festival super early in the day, as parking in and around Hermann Park can get extremely difficult after 10 am on Saturdays.

As I roamed around the festival, I was only really interested in taking photos of fashion and cosplay. I’ve included some of the photos I took of people in J-Fashion scattered around in the rest of the post below. 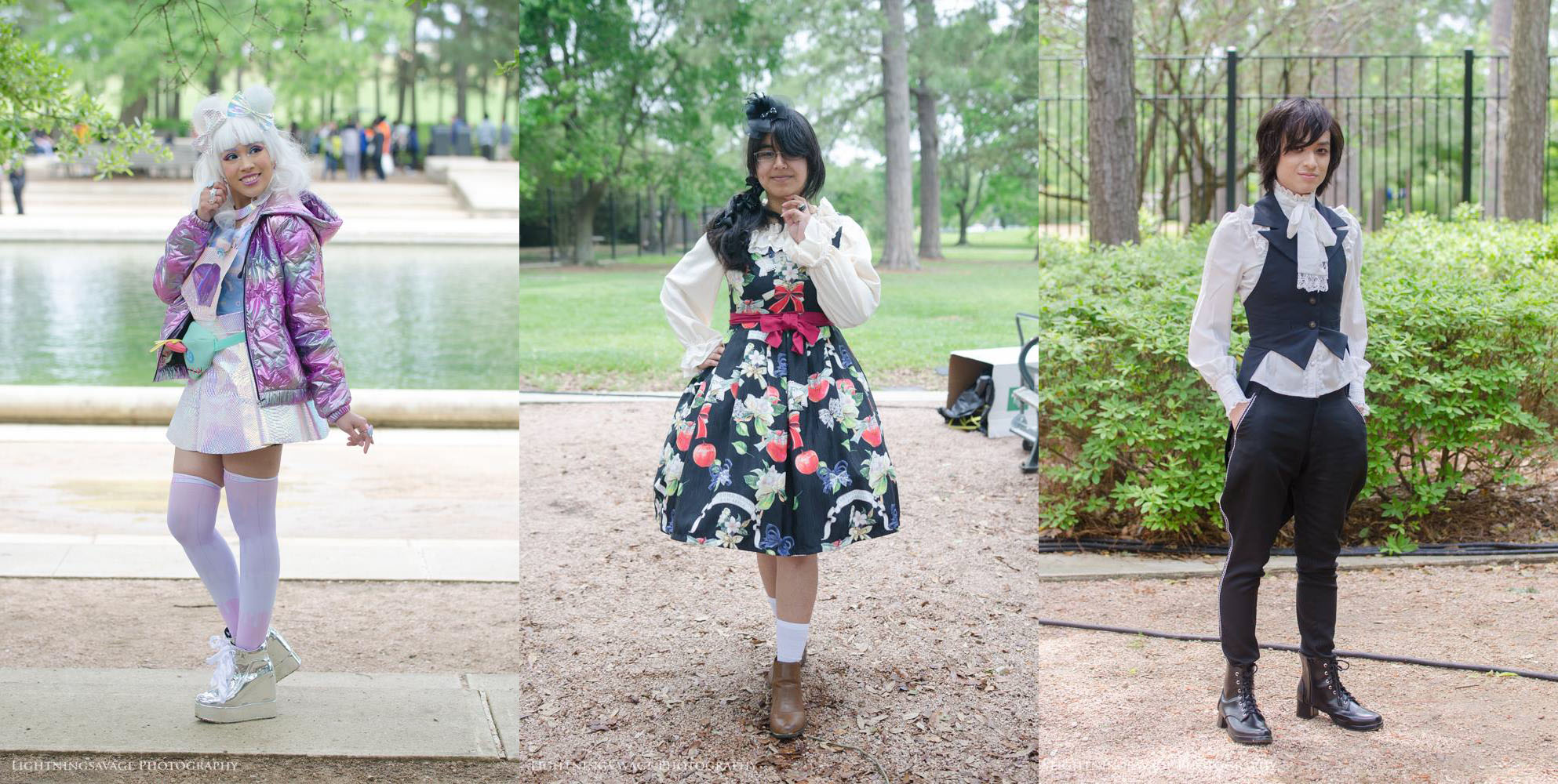 The smaller tents around the park were rented out by local organizations and businesses. There were clothing companies, food companies, sake sampling, and other booths—including a very interesting booth about the Japanese space program and its history. Of all the things I expected to find there, that was not one of them! I was able to do a scavenger hunt at that booth, and got an enamel pin representing one of the space missions as a reward.

There were a few booths around the park that sold kimono and accessories for a very reasonable price. My friend got 2 haori for $50. He was also able to finish his wife’s kimono set as well, finding the perfect, authentic accessories for her, and then some.

I ran into many friends that I have made through the fashion, and met many, many more people. There was a general annoyance caused by the mud, as it was overcast and lightly raining all day, and had poured the night before. Most people in J-Fashion were able to get away with avoiding the mud, sticking to paved pathways and the like. Despite the weather, this event seemed like a great excuse for people to some out of hiding and wear their best kimono, J-Fashion, and cosplay, that they wouldn’t have a chance to wear otherwise.

A few years ago, I remember one of my first-generation Japanese coworkers was talking about this festival as a good way for her children to explore Japanese culture away from home. She loved it, and she went every year—although I haven’t seen her at this event any year that I’ve gone, sadly.

As a part of the park, there’s a Japanese garden. This is one of my favorite places—if not my absolute favorite place—in the park, and naturally it was full of people coming from the main event. I was, however, able to do a few photoshoots of two people I had been wanting to shoot for a very long time! These photoshoots came out amazingly, and everyone was so nice and pleasant to work with. 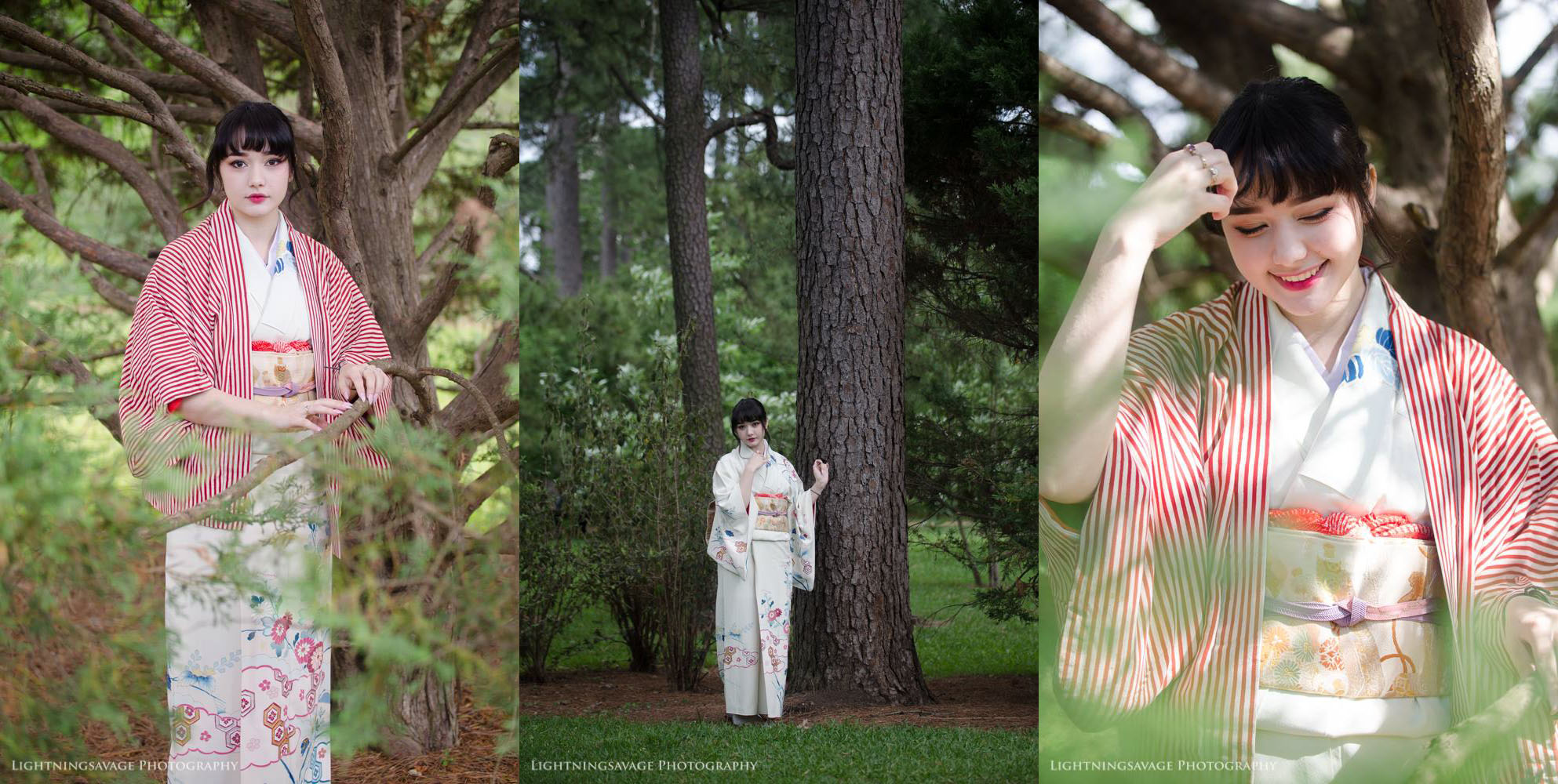 This festival was a very nice introduction to and celebration of Japanese culture. It’s such a valuable experience for people who are just slightly interested in Japanese culture, to those with a deep-rooted interest, to those just starting to learn about a culture that they never knew they belonged to. I love that they have this celebration every year, and I hope that it continues to grow! 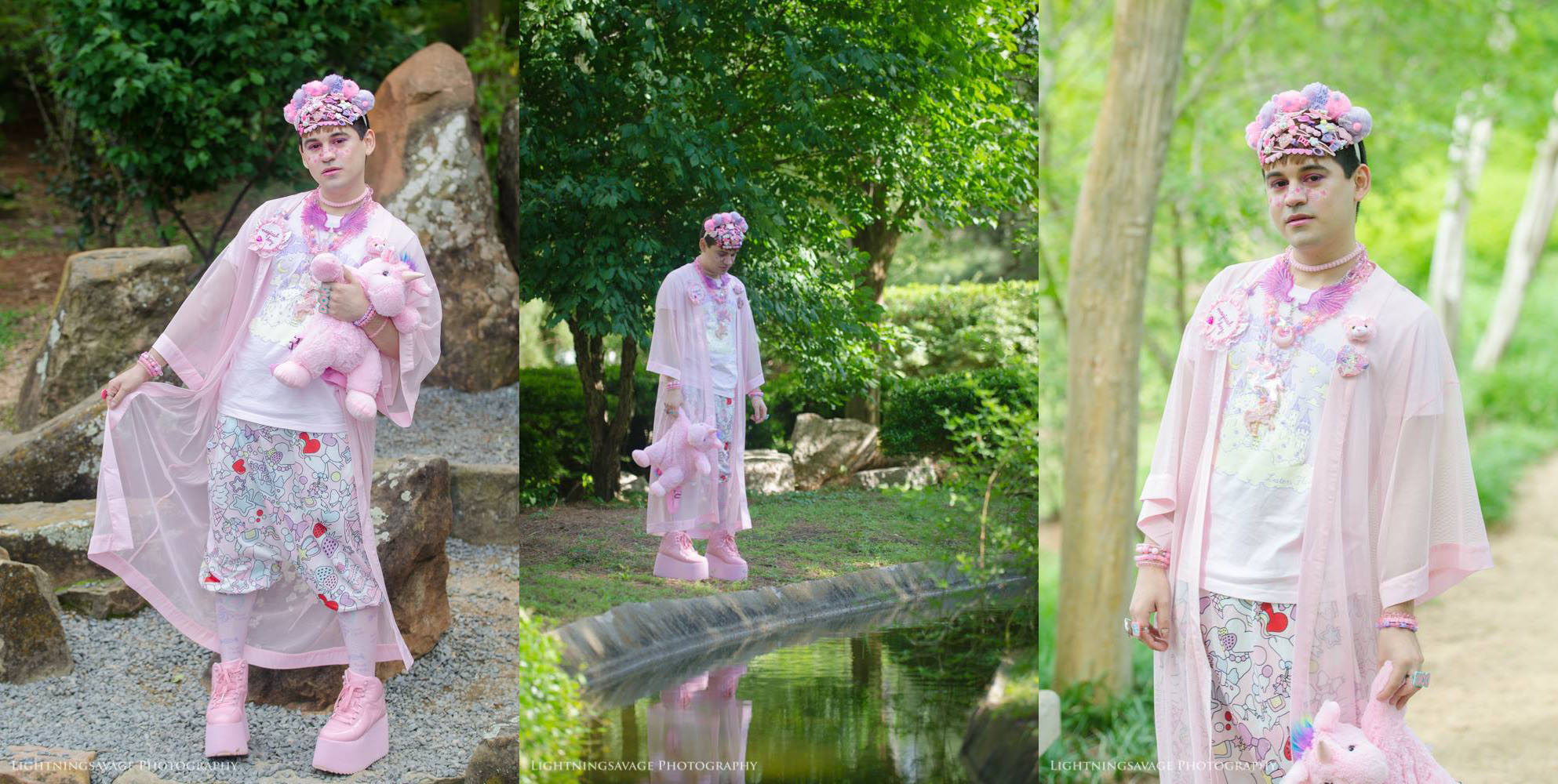 It’s okay if your lavenders don’t match. No, really.