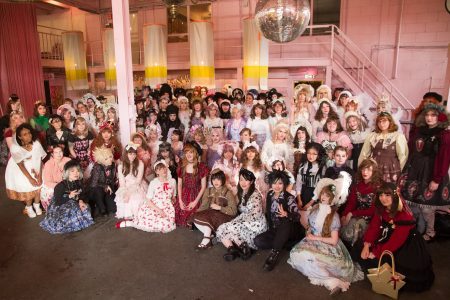 On Saturday, September 28th, a refurbished warehouse became the pink venue for a glamorous lolita event. Summer Tales Boutique has once again organised an international event in the Netherlands, this time in the medieval city of ‘s-Hertogenbosch, also known as Den Bosch. On Saturday the event guests included Angelic Pretty Paris, Babi and Kaie from Triple Fortune, Lady Sloth and Violet Fane. Under the theme of Strike a Pose the organisers have created a fantastic opportunity for lolitas to truly showcase their best outfits. 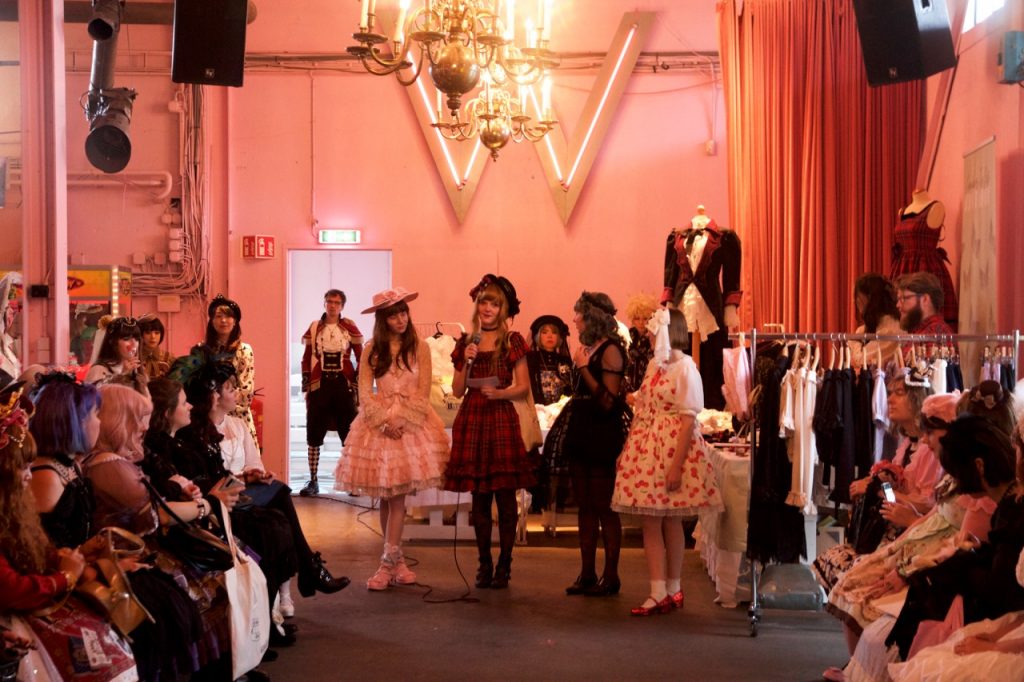 The organisers welcoming everyone to the event. Photograph by Stephan de Swart. 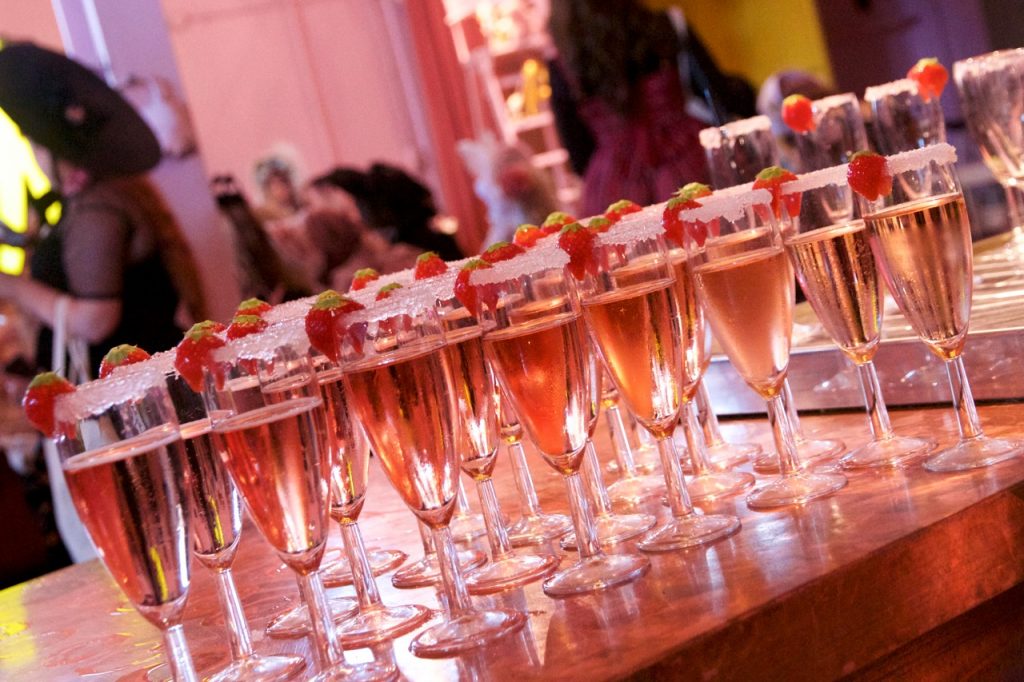 And everyone received a glass of bubbly upon entry. Photograph by Stephan de Swart.

As is often the case on such event, the first day was the main opportunity to shop. The only vendors besides the main guests were Summer Tales Boutique, who were also remote vending for Peppermint Fox. Consequently, everyone could shop at their own leisure without feeling overwhelmed with choice. Because of this the overall atmosphere was very relaxed. 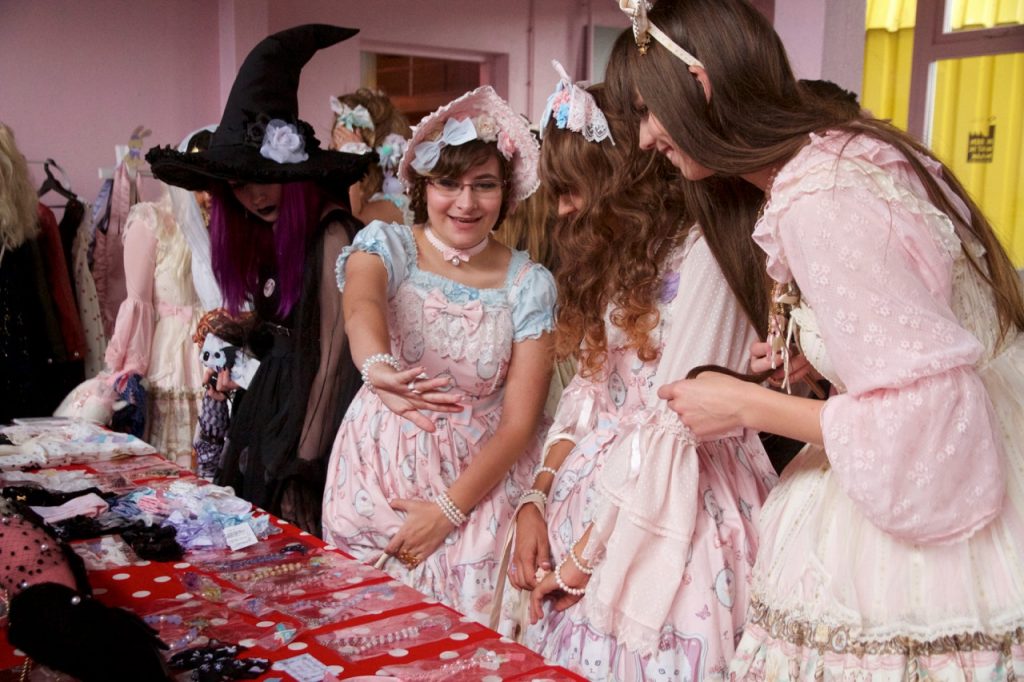 Shopping is always one of the most fun part of lolita events. Photograph by Stephan de Swart.

Which isn’t to say that there was nothing to do. Day 1 of Strike a Pose was packed with activities, both those more and those less common. After the official welcome, the event kicked off with the fashion show. All brands have showcased some wonderful new designs and we are anxiously waiting for their release. Below is but a selection of what was featured and you will find all photos on Summer Tales Boutique Facebook page. 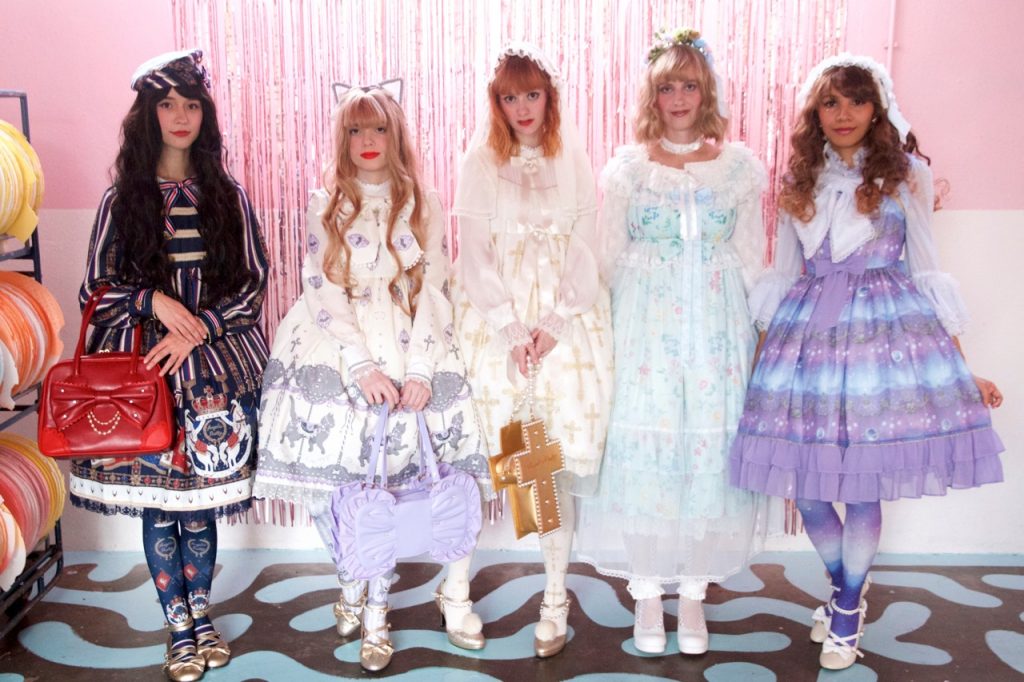 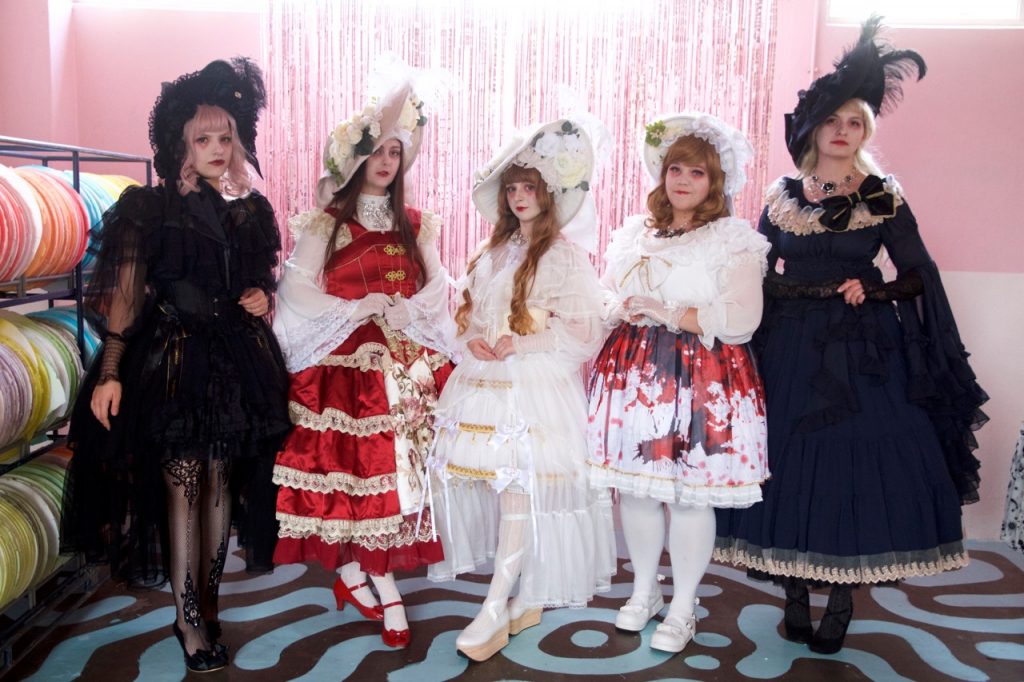 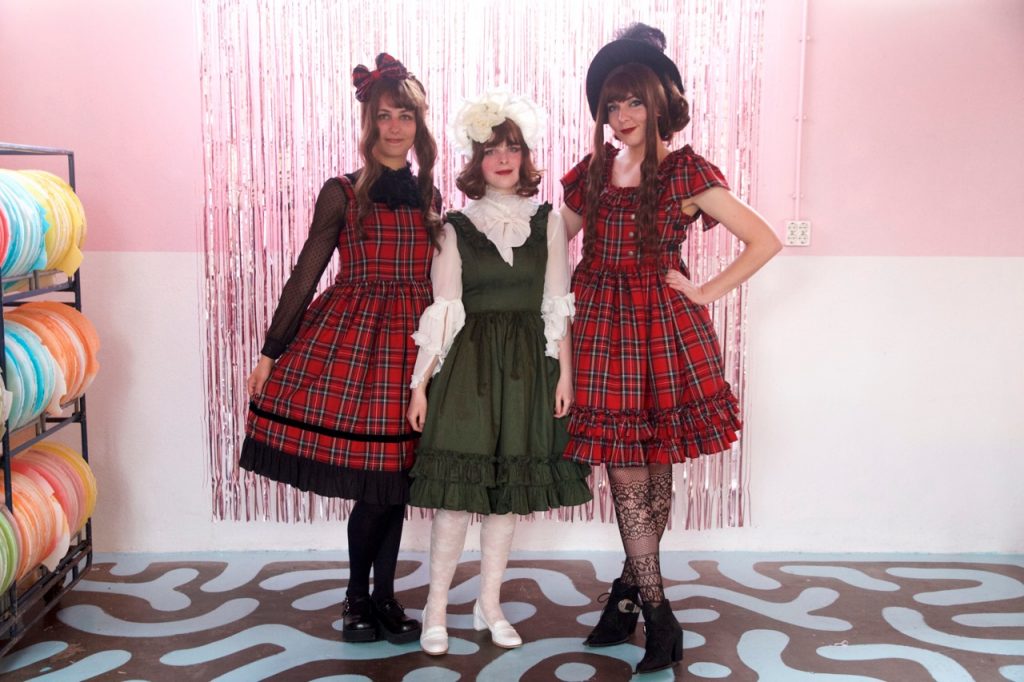 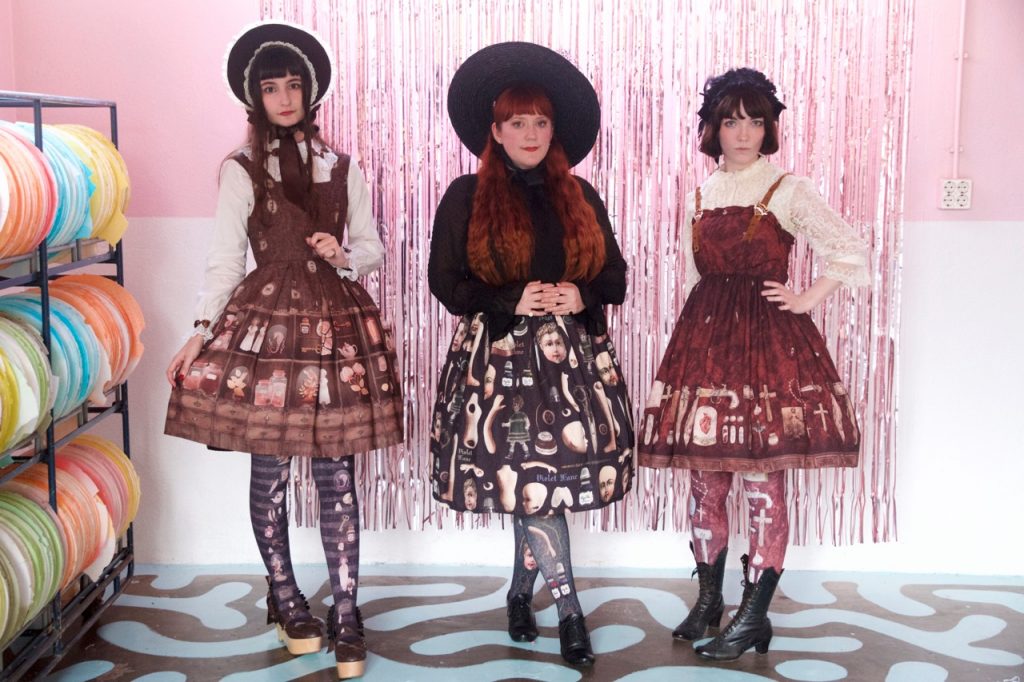 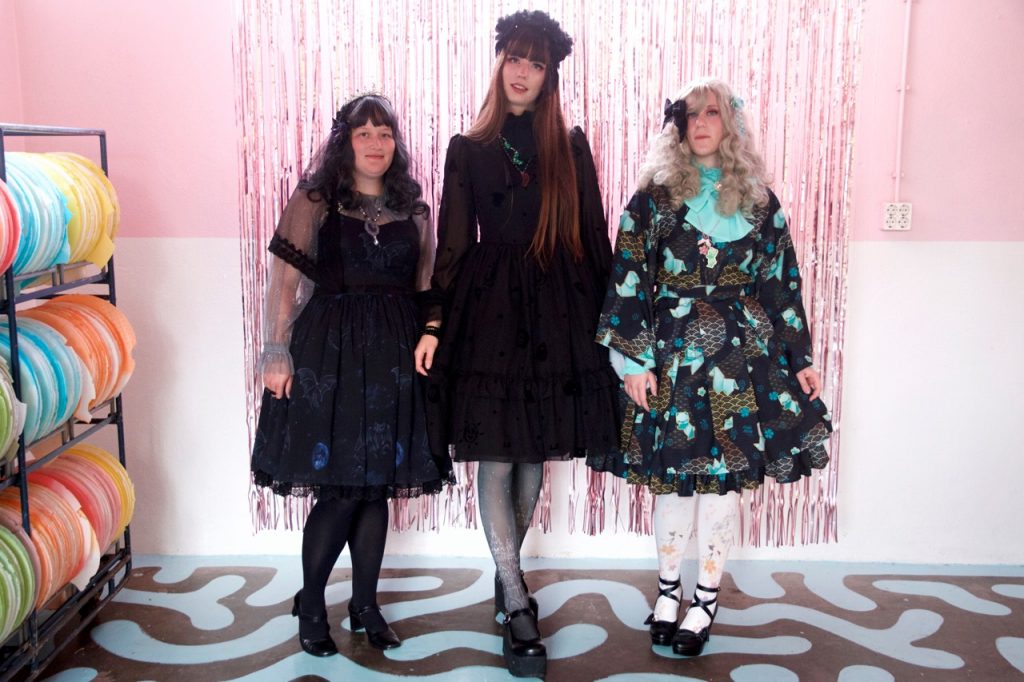 Of course, in between all of the activities attendees could also get their pictures taken. Stephan de Swart was one of the official photographers on the day. He took some beautiful photos of the fashion show and worked the photo booth. However, at the time of writing we are still waiting for those to be uploaded. Nonetheless, he made all the models feel very comfortable in front of the camera, so no doubt the photos will be just as beautiful. And the photo corner proved very popular because the poor weather on the day mostly discouraged taking photographs outside. There were plenty of wonderful coordinates to capture, the photographers certainly had their hands full. 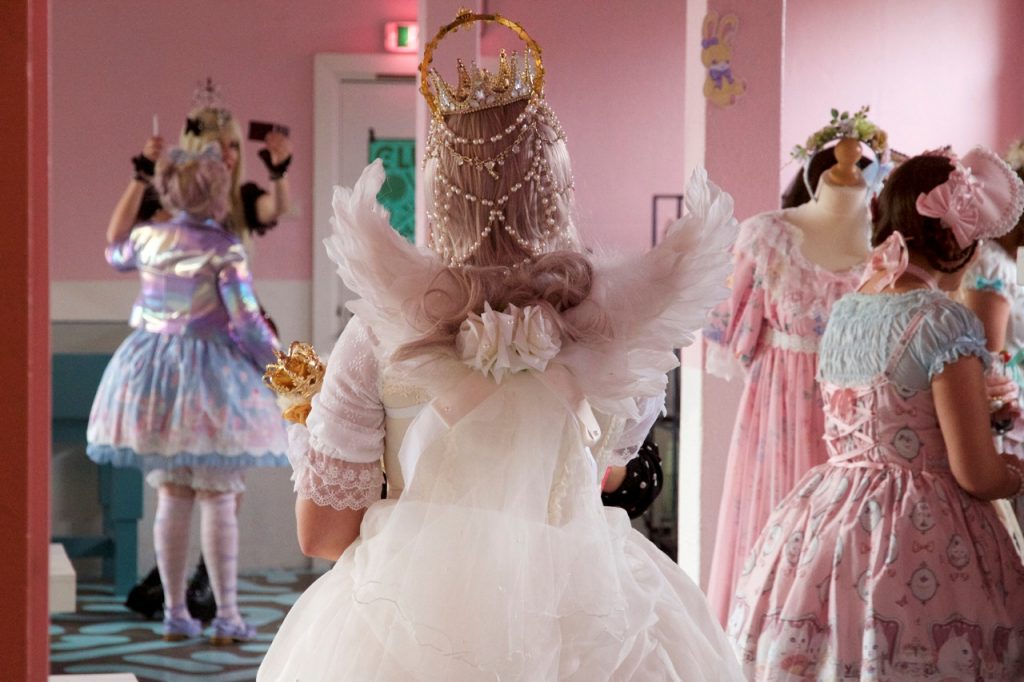 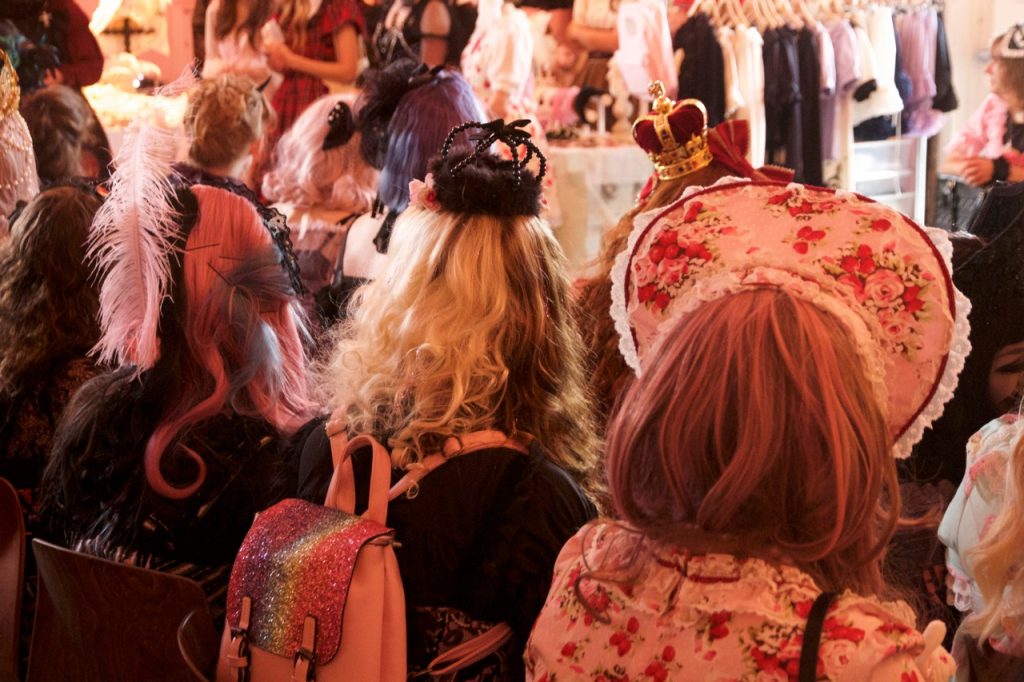 Although you had to make sure not to sit behind someone with a big hair accessory. If you did, you may have missed parts of the fun. Photograph by Stephan de Swart.

Next came the Angelic Pretty quiz and to make it more interesting, it involved moving around the room. Each question had two possible answers, A or B. Participants had to move to the side of the room corresponding to the answer they thought was correct. Those who answered incorrectly dropped out and the game continued until the last lolita was standing victorious. In the end we needed a decider question as everyone’s knowledge of Angelic Pretty was truly commendable. But the decider question turned out to be a little tricky, as it asked for the number of Lyrical Bunny mascots hidden at the brand’s event stall. None of us anticipated that this was more than just decoration. 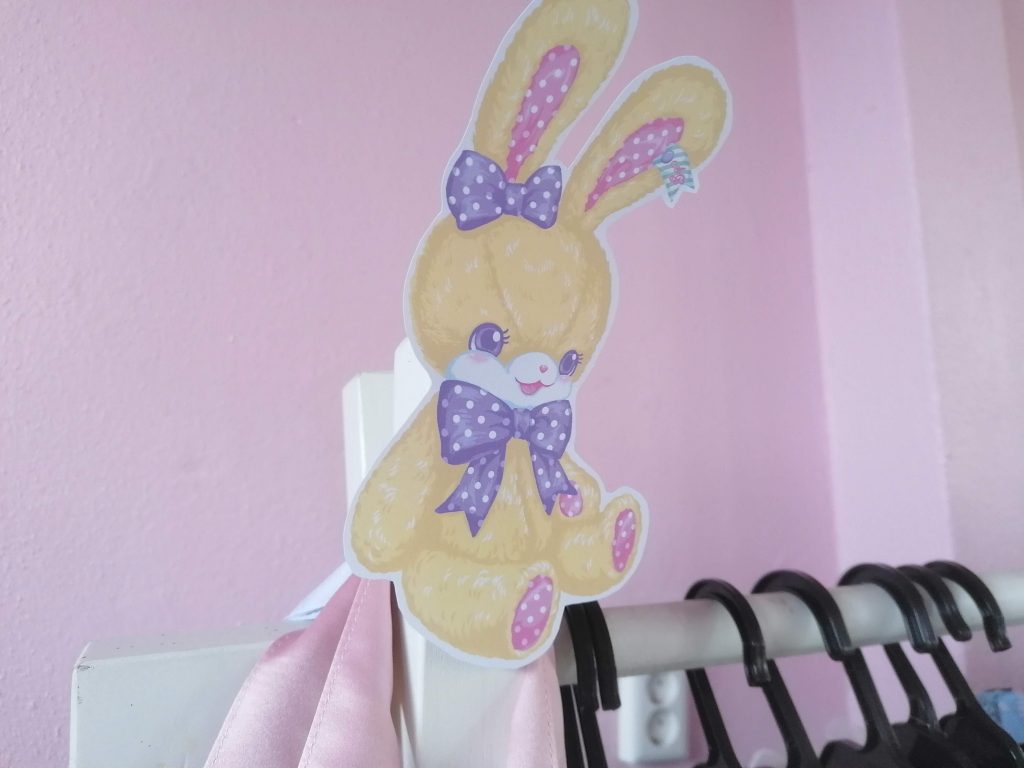 Angelic Pretty has hidden their mascots all over their event stall. Yet no-one predicted that this would be part of the quiz!

Afterwards Strike a Pose continued with announcing the design competition results. In the weeks leading up to the event people submitted original lolita dress designs. When reviewing the final entries, there were some truly lovely designs. But in the end there could only be one winner, who received a small prize. Hopefully one day they, as well as other finalists, will be able to realise their design. 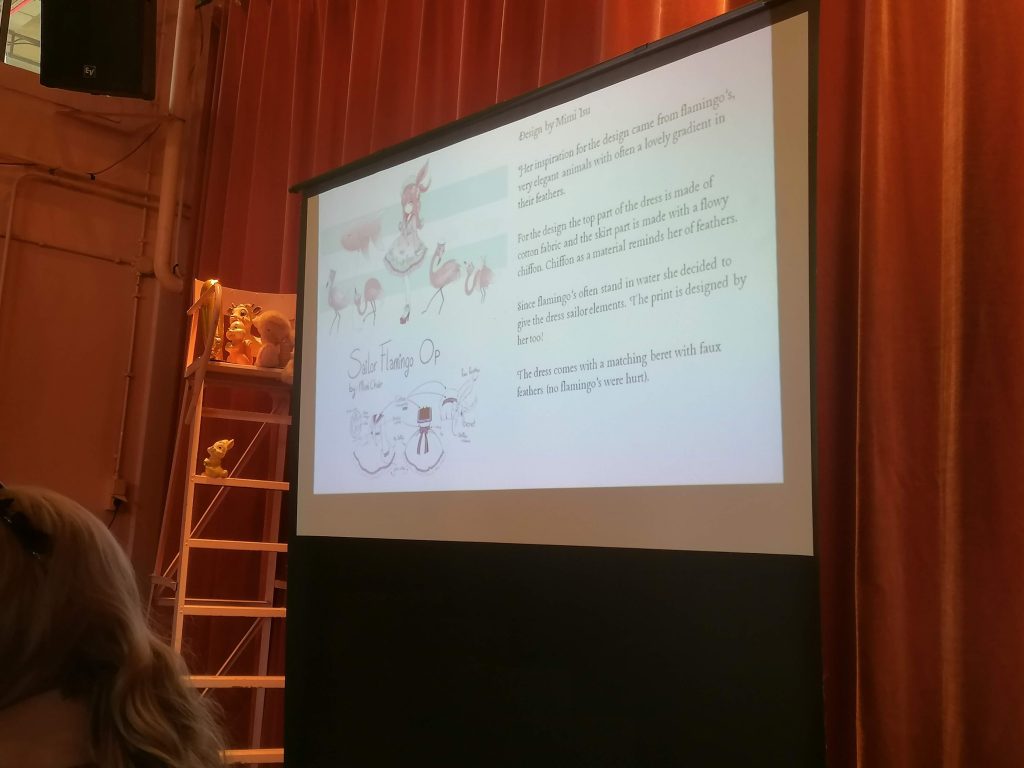 The winning design featured flamingoes and a cute cut. Would you buy that?

The programme moved to a panel with designers from Summer Tales Boutique, Lady Sloth and Violet Fane. They talked about what it’s like to be an independent business. They revealed designs they wanted to create and those they grew tired of being asked for. We also had a chance to learn just how much work goes into one day of their lives, with some being more honest about how glamorous it really is. All of them stressed the important of remaining authentic and truly themselves. Whether this meant creating designs that they wanted to see more of or ensuring that every production stage was sustainable, their passion for what they do was clear. Undoubtedly many have learnt a lot from that panel. And given that it came directly after the design competition, it was also a good reality check for any would-be lolita designers. 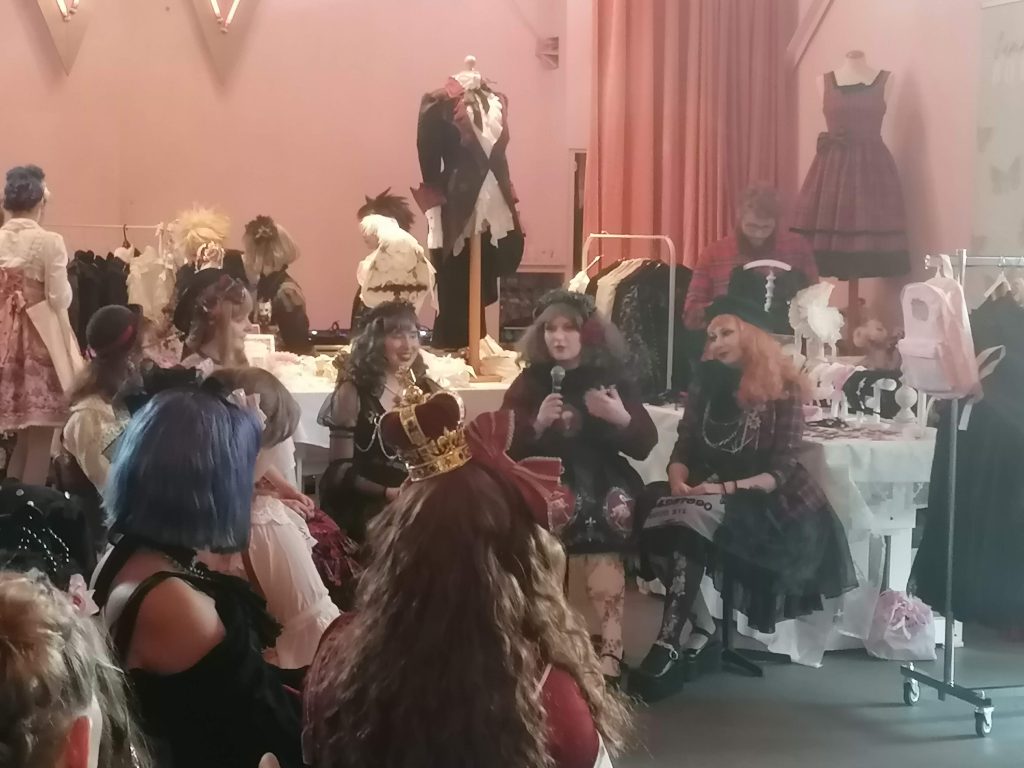 If you ran a lolita brand, would you wear lolita to work or comfortable slacks? Do you think these designers are early birds or night owls? They revealed all that and more in the panel!

Finally, the event wrapped up with good old favourites: the best dressed competition and a raffle. Angelic Pretty Paris have chosen a Girly Leopard coordinate as the winning one. While the wearer explained that they wanted to channel a princessy vibe, the outfit’s elegance captured Angelic Pretty Paris’ attention. Moreover, they explained how they felt Girly Leopard was a little underappreciated as a design and liked that it was something different to what they saw with this dress before.

And once the lucky few received their raffle prizes and the organisers bid everyone an official farewell, day 1 of Strike a Pose drew to a close. It was a very eventful day and one that I’m sure all of the attendees will remember fondly. If you attended, make sure to upload your coordinate photos to Alice Holic and stay tuned for part 2 of this event report. Meanwhile, you can find a more personal report from this day over on my blog. 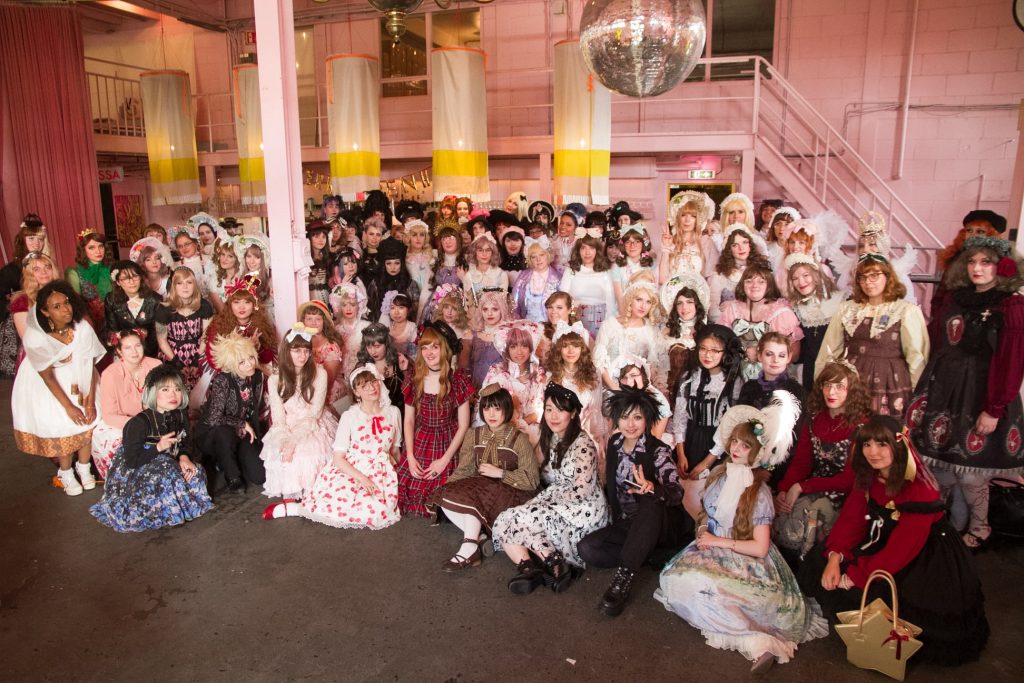 And here is the group photo of all Strike a Pose Day 1 participants.