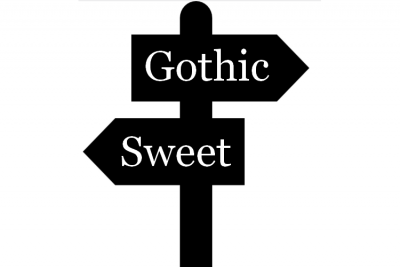 Style changes. It’s only natural that our taste in clothing changes as we go through life experiences. Sometimes, however, changing your style can be a tricky task. Once you’ve invested all that money and time into your lolita wardrobe, how do you then commit that again to switch from one substyle to another? Can you even turn full on goth after being pastel sweet? Or the other way round, for that matter? To which we say: well, of course!

Just like you had to learn about lolita fashion when you started, you will have to research this new style you want to delve into. Luckily, you should already know the basics, so your research can be more focused. Identify exactly what you like to map your new direction. For example, there are many distinct themes lurking under the gothic umbrella such as oldschool, religious, military etc. Pinpointing the ones you like best will make your transition smoother and more efficient. Create Pinterest boards with inspirational images, follow social media accounts of people whose style you admire, make wishlists of the pieces you would like to get… and then sit on them for a little bit. Keep looking over them to identify more and more details and common themes or colours. Maybe you’ll discover that you’re a sucker for that Moitie blue or that you prefer sweet prints in non-pastel colourways? Taking the time to fully map out where you want your style to go will mean you arrive there fully in a more streamlined way.

Each of these OPs is a sweet one from Angelic Pretty, yet look how different they are from each other! The more specific you are about what you want your new look to be, the quicker you’ll get it. And that can only happen with thorough research.

If you’re only changing substyles within one style, like in lolita fashion, there will be pieces that you could keep as your wardrobe changes. Petticoat is an obvious example, but there may be more. While some transitions are easier, e.g. classic to gothic, this doesn’t mean that other ones are impossible. A white princess sleeve blouse you used in sweet lolita may work with some elegant gothic coords. And how about that military parka from Angelic Pretty, which was too long for lolita, but works well with ouji? This is exactly where identifying exactly what you like helps, as you may be able to keep some pieces from your existing collection. This saves a bit of money, which can then be used to get the pieces you are missing.

This red blouse works equally well with the gothic as with this sweeter JSK. You may have more items that’d work with your new style than you think, so look for them.

This is the key element in building any kind of lolita wardrobe, whether from scratch or when changing styles. Jumping at the first thing you sort of like and that’s sort of cheap will delay your achieving that new look more than speed it up. Create a wishlist and work out your budget based on how many more pieces you need and what you want their quality to be like then stick to those. Your wishlist doesn’t have to be specific pieces, but the more detail you include the better. For example, saying that you want Atelier Boz’s Giulietta OP will involve a lot of time for searching, as well as more money given the brand’s good resale value. However, searching for a black x white nun-style OP will open up more possibilities and designs, some of which may be more accessible. Whatever your wishlist looks like, curate it patiently, then stalk second hand sales and new releases for things that match. Luckily, if you’re selling off pieces from your previous style, you will have a little money in the pot just for that. 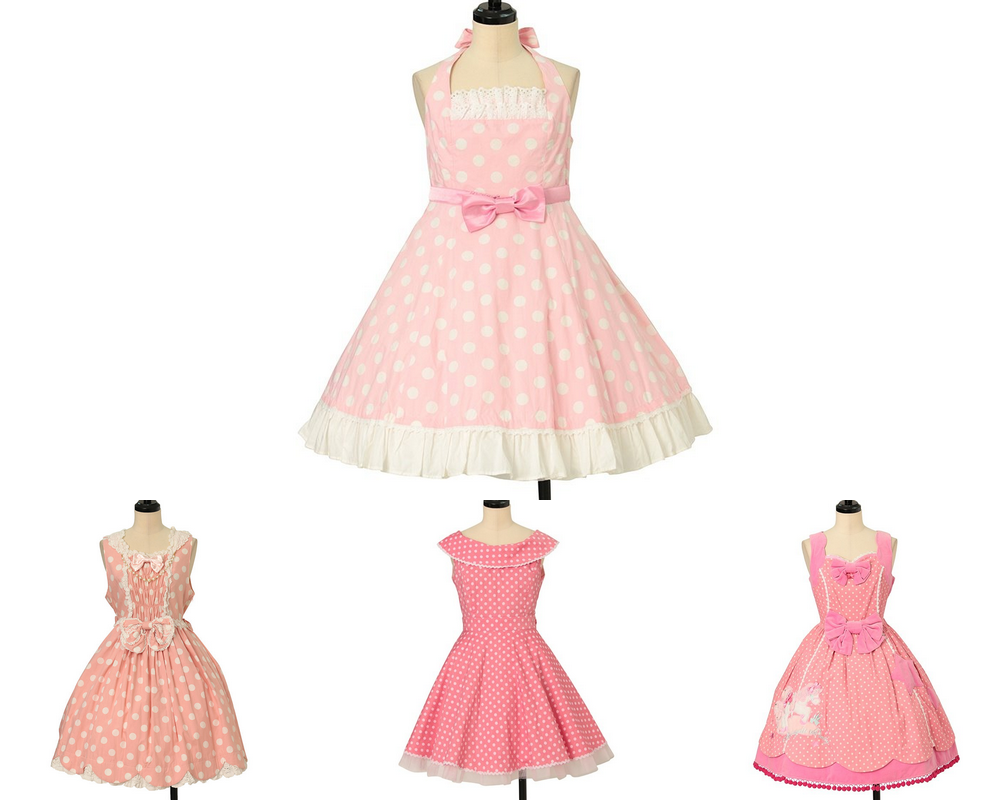 Ask yourself what’s more important: to get Angelic Pretty’s Dot Pretty Girl JSK or simply a pink JSK with white polka dots? Being patient and open-minded can help in finding bargains where you can compromise. This in turn lets you make savings for when it has to be a specific thing.

Learn from Your Past Mistakes

These will vary from person to person, so take the time to reflect on what could improve your transition to a new style. Maybe you impulse bought too much last time? That’s a sign to focus on sticking to the budget and wishlist now for maximum satisfaction. Maybe you discovered that some dress cuts were more flattering than others? Look out for that cut in your new preferred style, so that you feel your most beautiful self. Or do you want to have higher quality items this time? Make sure to read reviews of brands and items, and prioritise those you know are good quality. And if you got stuck in your previous style due to not getting enough different blouses or accessories, then definitely rectify that now! Whatever mistakes you made when starting in lolita fashion, do what you can to avoid repeating them in your style transition. If you can achieve that, you will be much happier in your new style much sooner.

Buying unflattering dress cuts is a common mistake lolitas make. It takes trial and error to work out what looks good on you. So while each of these Innocent World JSKs is classic, your experience with similar cuts in sweet or gothic will help you decide which to buy and which to avoid.

Try the Style On if You Can

Sometimes, when your new chosen style is wildly different from anything you’ve tried before, it’s good to try it before committing. It can be hard, since majority of lolita fashion purchases are done online, nonetheless there are ways. The easiest one of those would be to ask a friend for a style swap or a makeover. Many of us are happy to dress others up in our own style, which is a perfect chance to try it before buying. Also look out for swap meets and events with lolita vendors in attendance. Even quickly trying something on will give you an idea of how you feel in your new chosen substyle. Another alternative is to buy something in your new chosen substyle that could still work with your existing wardrobe. Ideally, this would be something plainer, a solid dress perhaps, and cheaper, second hand or bought on Taobao. That way if it doesn’t work out, you’ve not wasted too much of your time or resources on it and can focus on something else. 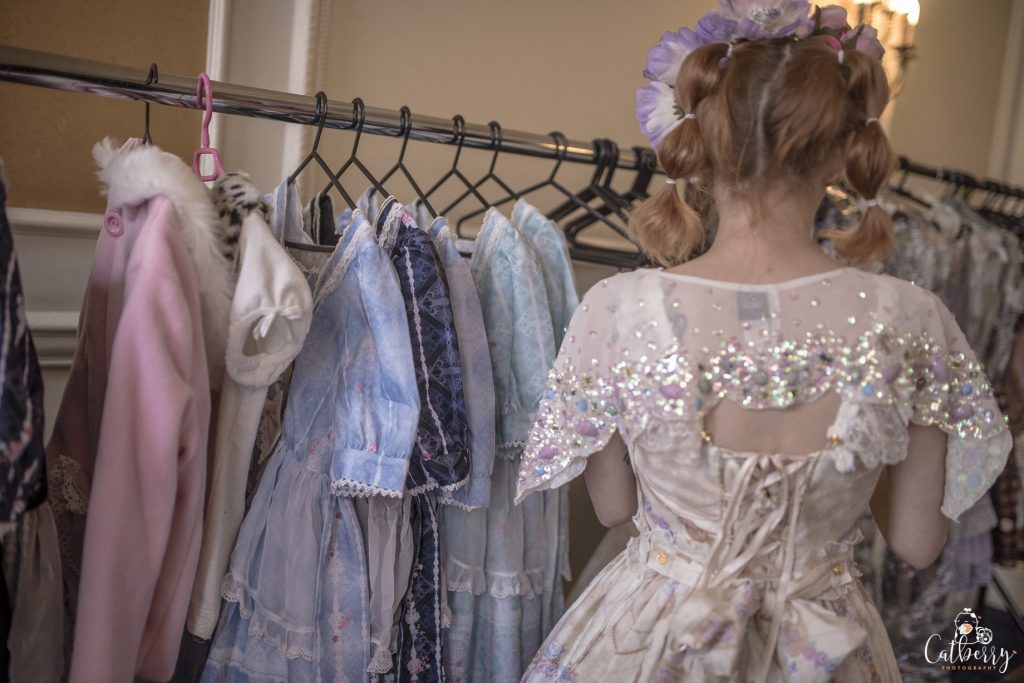 Lolita fashion events and swap meets are a great way to try on something new. The Tea Party Club Lolita, London August 2016, photo by Catberry Photography.

Ultimately, just like when you first started in lolita fashion, there will be hiccups. No amount of advice can help you avoid them altogether and sometimes accidents happen. Focus on learning from the mistakes you make, instead of dwelling on time or money lost. So whether you don’t feel as good in that new dream dress or whether it takes you a few attempts at getting the right blouse cut, it will be worth it in the end. As long as you’re enjoying the journey to your new style destination, a few detours won’t detract you from reaching that. Have fun and don’t give up trying to achieve something that will make you happier!