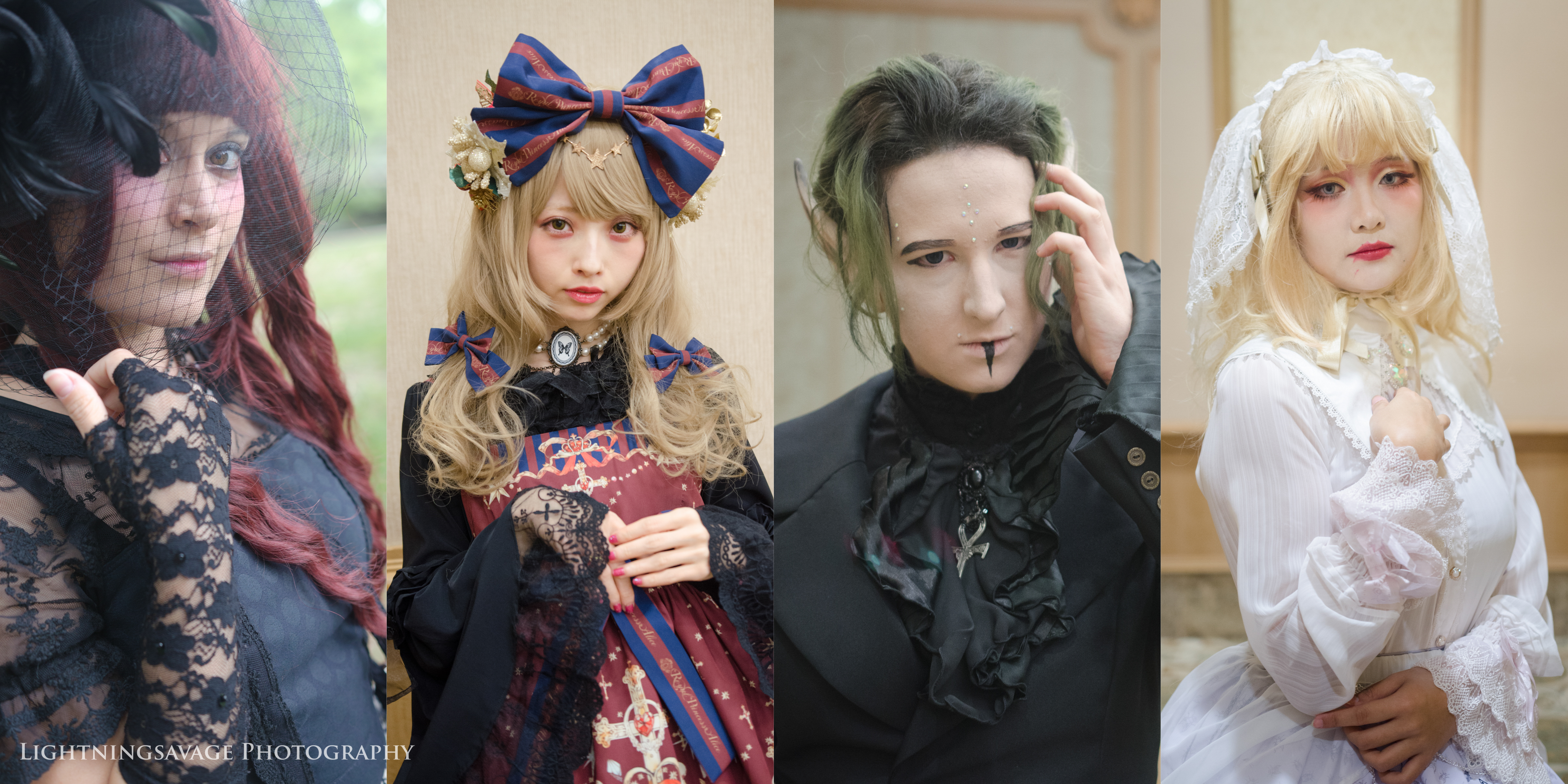 Part VI, huh? So far, we’ve gone over the main 6 things to look for when posing yourself an an individual, feminine and masculine posing tips, and individual posing tweaks and nitpicks that can take your poses from good to great. Now, in the last part of the individual posing series,  it’s finally time to you to get ready for your closeup!

In the grand scheme of things, posing for closeups really isn’t that different from posing for a full-body photo. The basic rules are the same. However, if you’re someone that’s used to only taking full-body coordinate shots, having photos taken of your coordinate from the waist up only (or closer!) can be a bit of a challenging transition. You can’t carry yourself with that perfect leg pose you’ve mastered over the 4 years you’ve been in the fashion—your legs won’t even be in the shot!

So, how can you improve your closeups?

Bring Energy into Your Face and Eyes

We’ve talked about energy in previous posts, and this is what you’re going for here, for the most part. In closeup shots, energy should be maintained in the face; humans are naturally drawn to faces and eyes, even in things that aren’t alive. Have you ever seen a face in a tree, a barn, a rock, or other inanimate objects? This is because humans are hard wired to pay more attention to faces than anything else. For this reason, good closeups almost always involve great faces. Yay, science! 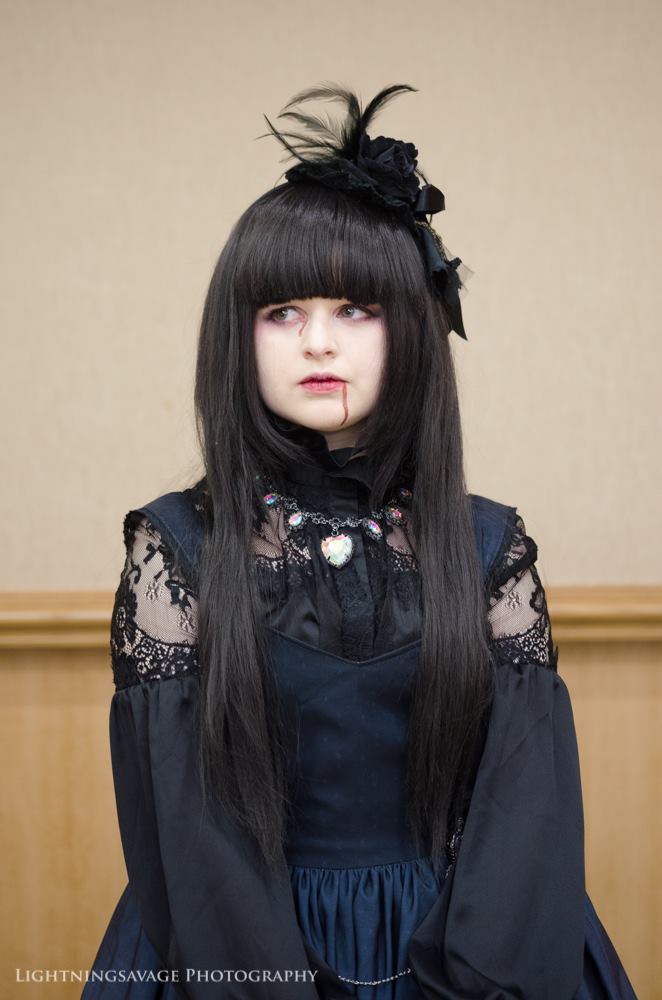 Yes, good old Tyra Banks. There’s a reason she preaches the smize all the time! A smize is a smile in your eyes. It’s achieved by tightening very specific muscles around your eyes and face that make you look like you’re smiling, but without your mouth or too much puffy cheeks. I talked about smizing in one of my other posts, but I want to reiterate it again here since it’s an excellent way to bring energy into your face and help people focus on your eyes—which is, naturally, where humans want to (and should) look in a photo.

Smizing, for people like me, also helps get rid of your resting b*tch face and creates a less angry, more mysterious appearance. 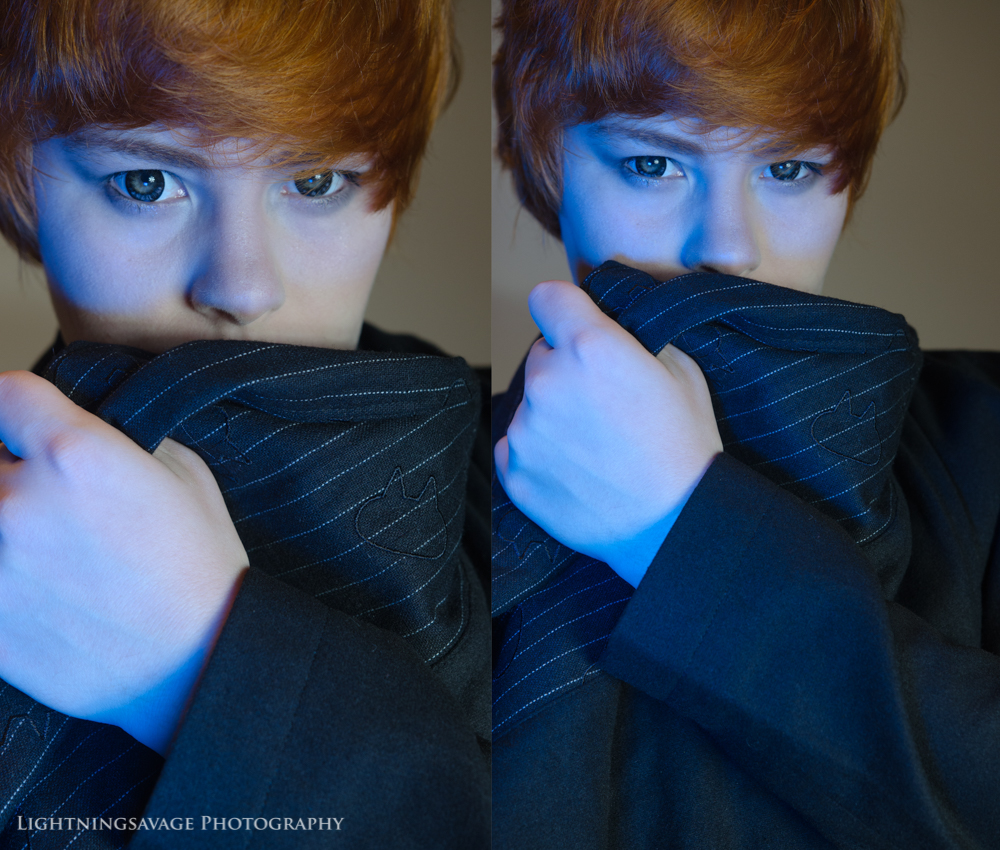 Pull Your Ears Back

Pulling your ears back can go a long way to making your eyes look bigger and more doll-like, and more almond shaped.

I learned this trick from a model friend of mine not too long ago (highlighted below). She worked as a professional model for quite some time, and specializes in closeups. I used this trick a lot in my Photober 2018 photos, specifically in photos where I wanted my eyes to be more of a focus, and therefore bigger and with more energy. One of the photos I distinctly remember using this technique in is below. If I hadn’t done this technique, my eye would have been less clear and much, much more squinty. 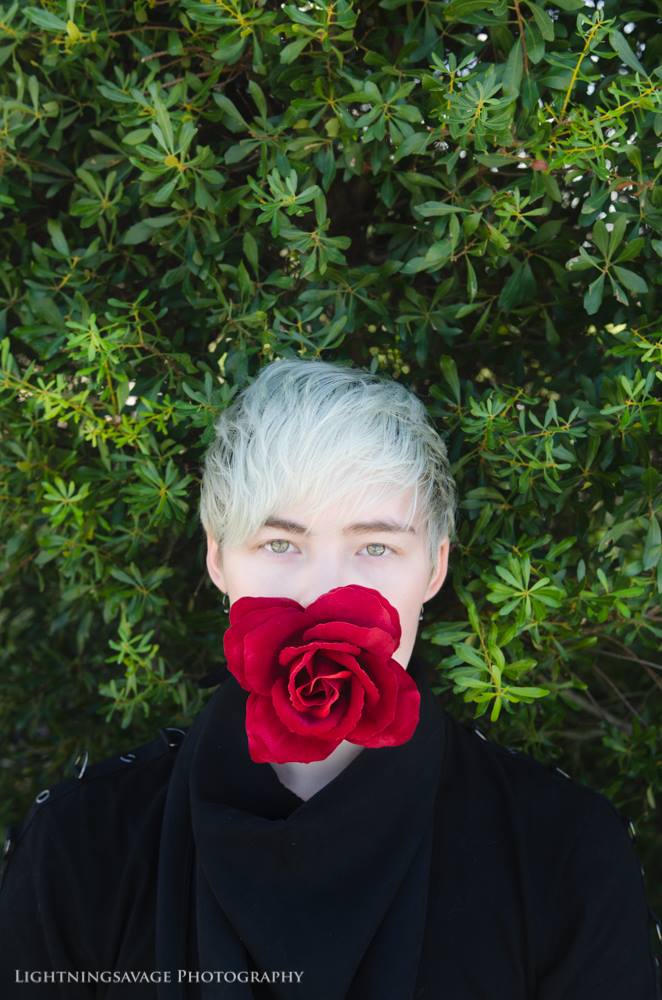 I know sometimes it’s tedious and painful to get out of bed and dressed that much earlier, but wearing makeup will go a long way towards making sure you’re happy with your final closeup, even if you’re getting your photos professionally retouched. If you are getting retouching, makeup will help the photographer retouch more effectively. Basically, the better your base, the better your end result. Even a little makeup goes a long way to help make your end result a lot better!

Closeups Aren’t Necessarily of Your Face!

Every time I say ‘closeup,’ I think the first thing you think of is a closeup of your face, or your eyes. But don’t forget that great closeups can—and should—be of anything! When posing for these photos, don’t forget that same concept of energy. Just like in closeups (or any photo) that include your face, every photo should have that aspect of potential energy and interest. Except with these closeups, the energy is not in your eyes, or in your face. 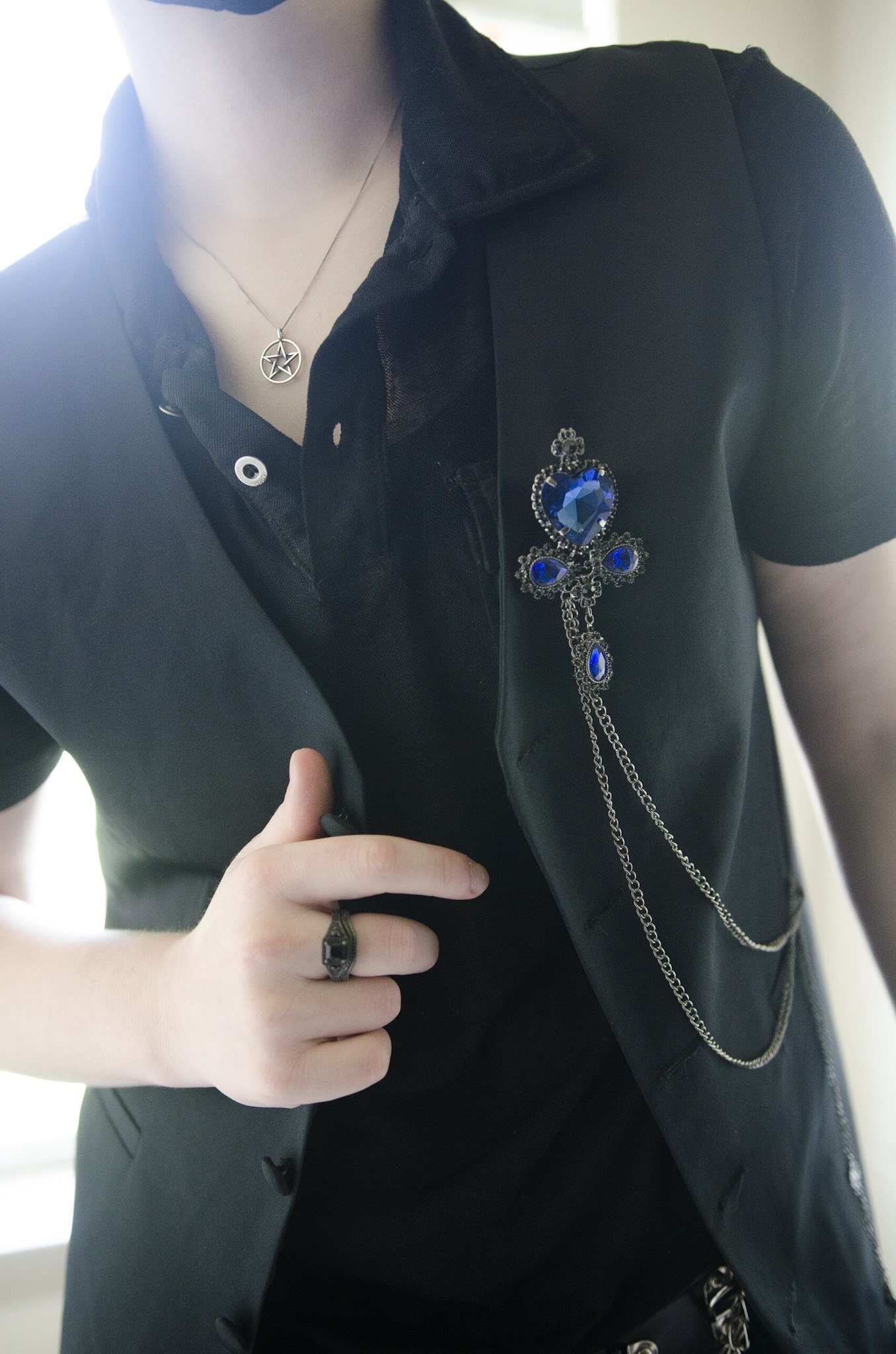 Take the photo above, for example. In this one, the purpose of this photo was to highlight Puvithel’s Crystal Heart ouji brooch. However, I focus my energy elsewhere to create an interesting photo: my hand. Along with the curve of my body and my posture, my hand and my fingers draw the viewer’s eye toward the brooch, highlighting it. In post processing, I have also increased the sharpness and brightness slightly to show just how bright and sparkly this brooch is. It’s one of my favorite pieces, and it’s incredibly versatile and can be worn in so many places.

In the photo below, however, there was no such highlighting attempt for a specific piece. Rather, it highlights Catherine’s idea as a whole. It was taken at a Disney-themed meetup—is it obvious now? 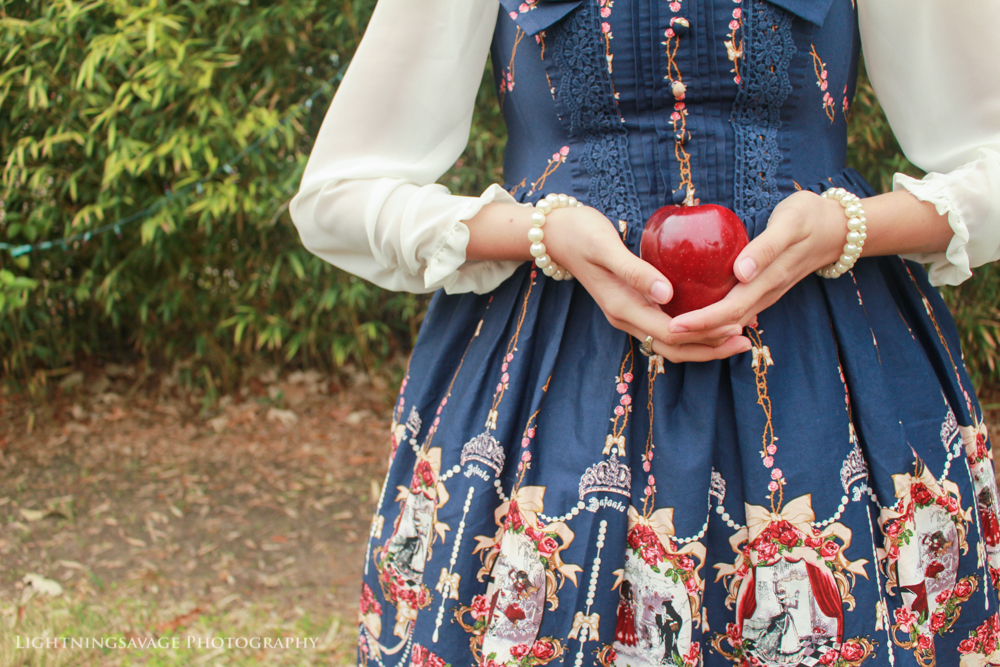 Photos like these are a bit rarer in the community, but I love them. I love highlighting specific pieces of peoples’ coords that they love—and why not? A coordinate is a cohesive entity, but it wouldn’t exist without those specific things you love. I can’t count how many times a single chain or brooch or bracelet has made a coordinate stand out. Why not highlight that?

But back to the photo. In this Snow White photo, the energy is where your eyes are drawn to: the vivid red of the apple, contrasting with the soft posture of Catherine’s hands, and the delicate pearls in her bracelets. This contrast, and the bright color, creates energy when paired with her pose.

Don’t underestimate the value of these closeups. They’re simple, beautiful, and can be used for brand marketing and more (we’ll get into that later). But for now, what I hope that you get out of this section is that energy, while normally tucked away in the model’s eyes, can be present elsewhere in the body too. This helps to create a beautiful image with a single point of focus to drive your idea (or your modeling skills) home.

Know What Works For You

As always, when it comes to modeling and photography, rules are just guidelines. Once you have an understanding of what those rules are and why they exist, you can play around with them, or purposefully break them. If one of my posing rules doesn’t work for you, break it or tweak it until it does. I’m very open about how the “chin down” rule almost doesn’t work for me, and that I’ve found it looks better for me to push my chin up slightly. Work in front of the mirror and find exactly what best works for you—then, get out there and practice. I hope the rules in this Individual Posing series give you a fantastic base one which to start building your own rules and finding out what works best for you!

Before I go, I’d like to highlight someone who is always a great pleasure to shoot: Lauren (@thiqqoni on IG). She is the one who told me about the “ears back” rule, and I’ve realized that’s part of her posing magic. It works better for her than it does for me, though! 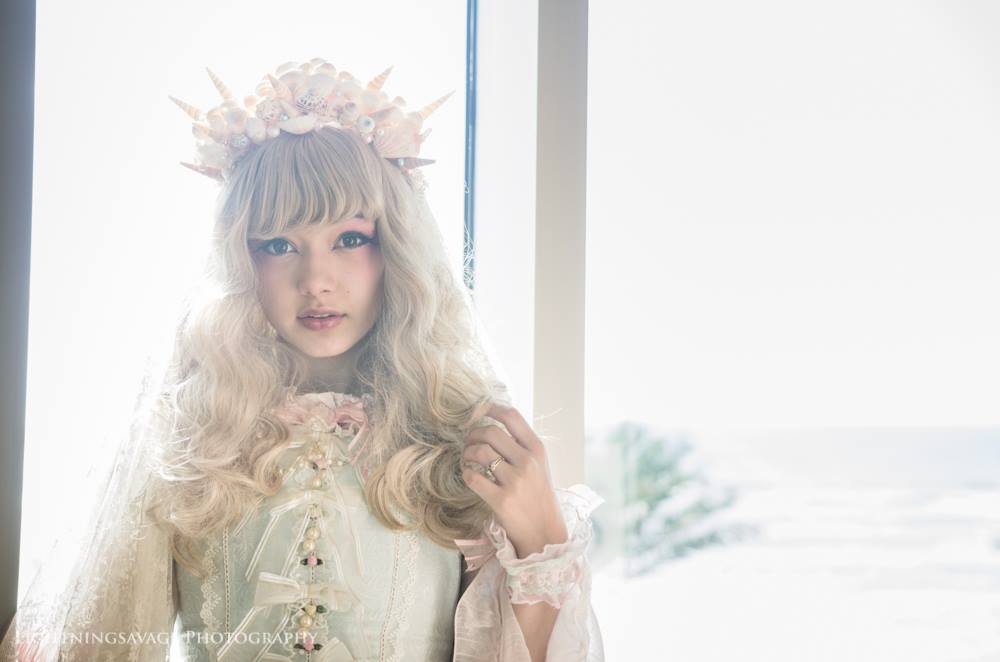 Without going into too much detail about her, she was a model for quite some time, and learned very quickly how to hold herself in front of a camera. Through painstaking work and a lot of experience, she learned her angles, her strengths, and her weaknesses. Look at the way she holds her chin—there’s proper separation between her face and her neck (her chin is out and down), with her eyes wide because her ears are pulled back. Her hands and arms are all about angles, even when her shoulders are flat to the camera. And, the best of all, her eyes hold so much energy that you can’t help but look at her face. She wears the clothes; the clothes don’t wear her. 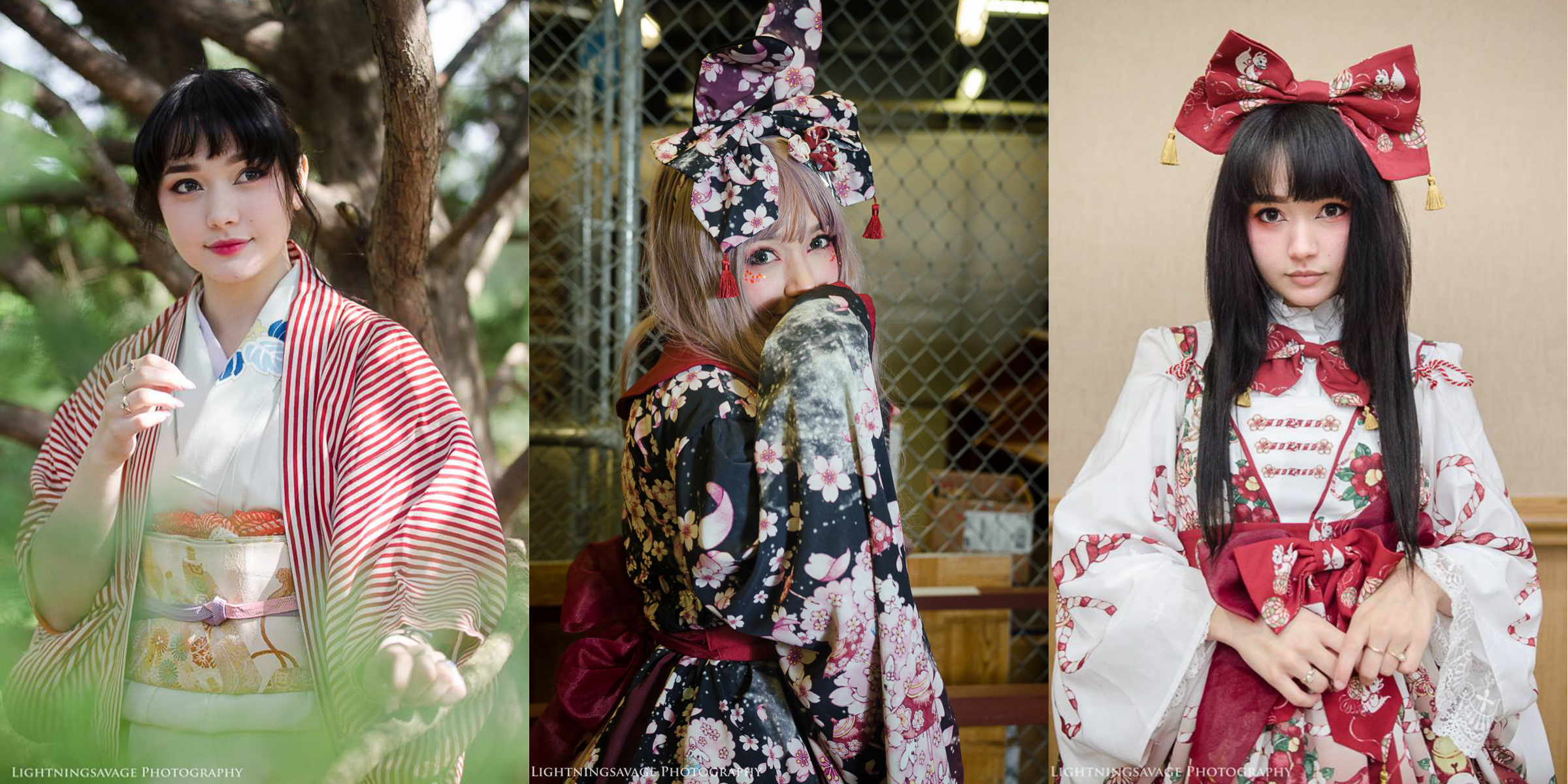 Even on stage, Lauren is a pleasure to shoot, but even she has her unique posing quirks. The one that gets her most of the time? She’s tall.

It’s a fairly common issue, especially for Western lolitas. When you’re tall, skirts can appear far, far too short. Most lolitas settle for an underskirt or just not getting the dress because it’s too short. But when you’re modeling, there’s only so much you can do. Lauren fixes the problem in her photos by leaning forward slightly, so people can’t see things she doesn’t want them to see.

As you can imagine, photos is one thing, but a live show is something entirely different! This brings me to my next posing series: posing for brands, onstage and off. Stay tuned for helpful tips for fashion show walking, posing, and troubleshooting, as well as what to do when you’re chosen to advertise in a private shoot with a brand.

Travelling in Lolita and How to Do It