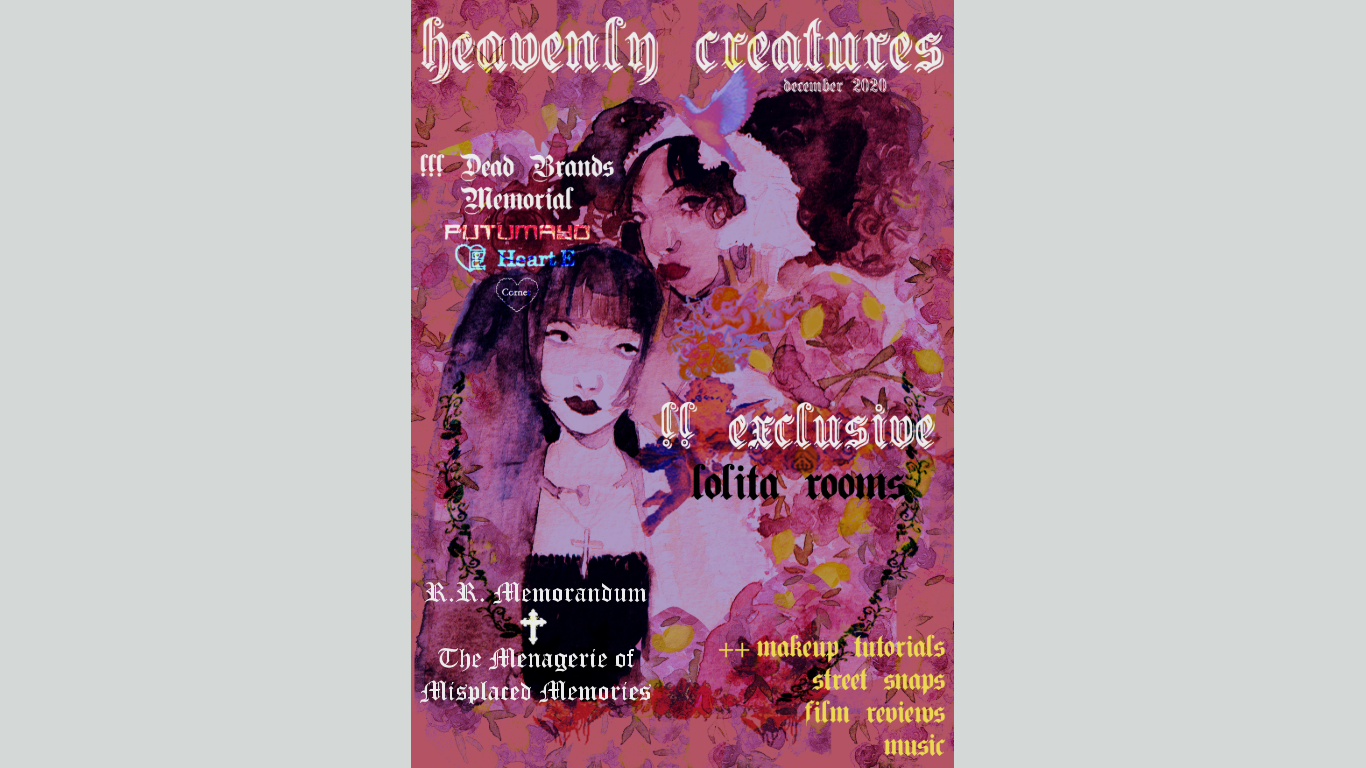 In the waning days of 2020, the lolita community was blessed with not one but two new lolita zine issues. On December 24, 2020, Just Below the Knee dropped their third issue, Fantasy! On December 31, 2020, Heavenly Creatures released their inaugural issue. Let’s take a look at both of these publications.

Just Below the Zine – Fantasy Edition 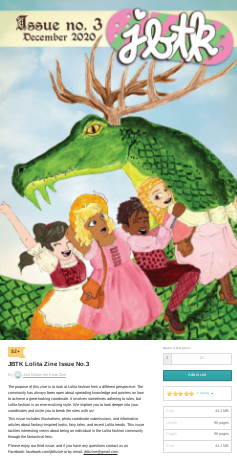 JBTK Issue 3 is available via Gumroad for $2. I received a contributor copy in PDF form so its possible that my version may differ slightly from the published version on Gumroad. 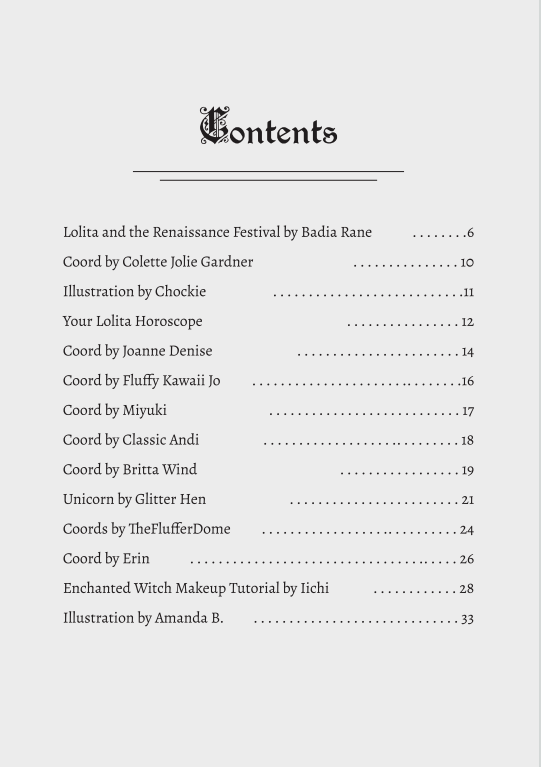 This issue is 96 pages long and included coordinate snaps, original art, 2 tutorials with photos to follow along, 2 interviews, personal essays, an editorial photoshoot, a short story written by yours truly and illustrated by E. T. Frills (@etrills on IG) and so much more! (I’m absolutely in awe of the illustrations for my story, so please send all compliments to E. T. Frills for their amazing art!) This issue was totally stuffed.

The opening piece is a long form essay from Badia Rane (@interstellarmonument on IG) about her experiences wearing lolita and her love of Renaissance festivals. While I’ve been attending Ren Faires for more than 10 years, I’ve never considered wearing lolita to them! Badia’s coordinates were inspiring, and her memories of her visits to faires and festival across the East Coast and South East were a comfort in a year when so many of those events were canceled.

One of my favorite pieces this issue was an interview with Tiffany (@milkcircus on IG) of Dandy Puppetrois. Beyond speaking about her influences when wearing the fashion, Tiffany also spoke about her inspirations for her new brand (including an educational background in puppet making), and her upcoming plans for her new collections.

I’ve loved contributing to this project as its changed and grown, but I can say with certainty this is the best issue yet. The fantasy theme brought out lots of people’s creativity and it’s so fun to see how lolitas used it to inspire their coordinates and art. I look forward to the next issue (and hopefully a physical copy preorder!)

You can currently find Heavely Bodies at their IG. Currently, the issue is available for free as a PDF via Google Drive. There are two sizes available since the PDF is quite larger. The zine is 36 pages and includes street snaps, art, tutorials, advertisements, and more.

Heavenly Creatures is clearly inspired by early lolita magazines like the Gothic and Lolita Bible. The editing on photos and layout of the pages are deeply reminiscent of those early magazines. This zine is going to be a treat for lolita fans who miss the days of paging through GLBs or Fruits.

In addition to fashion content, Heavenly Creatures featured some lifestyle content, with a selection of movies and music recommendations. The movies ranged from silent films to contemporary flicks, while the music mostly features artists who have long since stopped putting out music. I would have appreciated seeing artists who are currently making music so the zine could highlight creators who could benefit from the exposure, but it was also a fun look at the historical influences on EGL fashion.

It was fun to see two brands, R. R. Memorandum and The Menagerie of Misplaced Memories, styled their advertisements like old ads from Japanese brands. It was a cute touch that made the issue feel like a real way to attract new customers as well as nod to the ghosts of lolita brands past (which were also memorialized in a “brand graveyard”).

The tutorial from R. R. Memorandum provided for a lace headdress was concise, clear, and well illustrated. Its great to see the DIY spirit of lolita is alive and well with the heavenly contributors of this zine.

The issue is packed with gorgeous artwork and street snaps. I wish that the street snaps had been spaced out a little more, as some pages had as many as 6-7 images per page. Even as a high quality PDF, it is awkward to zoom in on the text of the smaller pictures to read about the coordinates. However, if the creators hope to offer a print copy, I’m sure the smaller page count will serve them well.

Its so great to see the release of more lolita zines!

Between Dentelles, JBTK, and Heavenly Creatures, the number of modern lolita zines just keeps growing. Don’t forget that if you like these projects, you should send the creators a message, drop them a tip on Kofi, and spread the word to your friends!

4 digital gifts for the farway lolita in your life