What is Bittersweet Lolita? 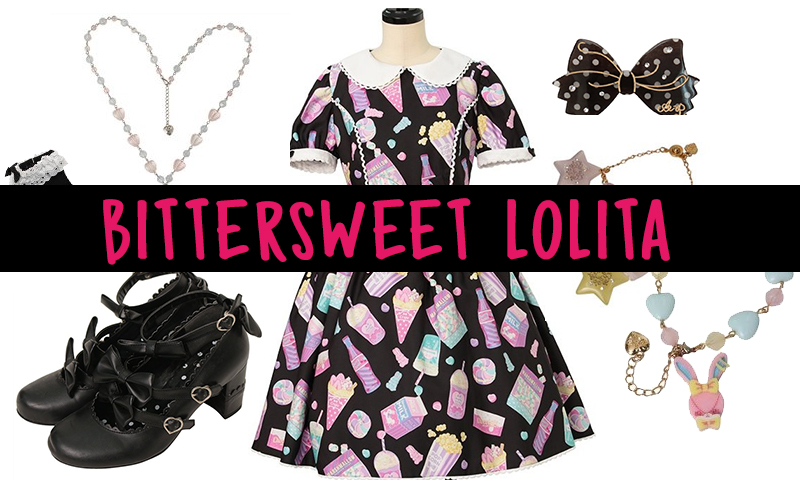 Bittersweet lolita is a rather controversial term used to describe sweet coords or pieces that have black as the main background color. I said it’s controversial because, while some people like to use this to describe their own style, the majority would rather just use the traditional term “Sweet” to refer to this kind of coord.

A signature bittersweet coord would look just like this one: 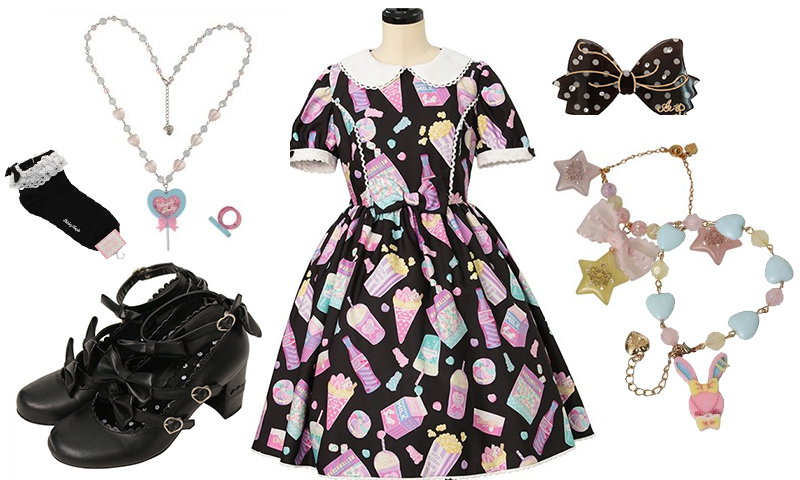 OP and shoes are Angelic Pretty

It’s not hard to recognize a BitterSweet coord: look out for sweet motifs and accessories and the predominance of black colour in all of it. Pastel OTT prints in black colourway are the easiest to go for when you’re trying out the bittersweet style. 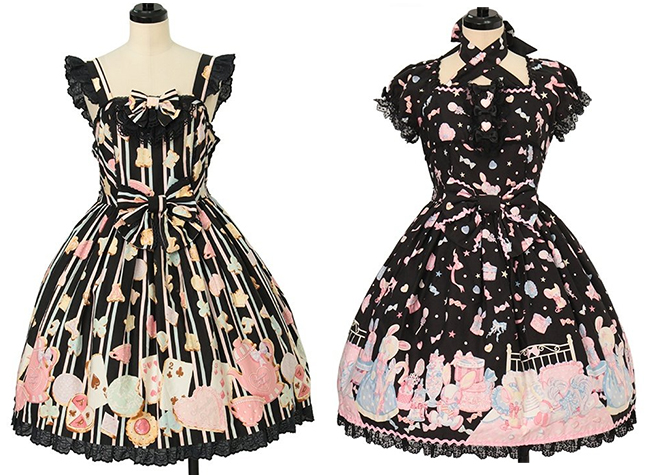 But, in the end, while the term became quite popular around the 2010’s (and with the emergency of the creepy cute style), it’s not as widely accepted as one would think. If you’re new to the fashion, just referring to your sub-style as being sweet would suffice. Of course, you’re free to use the term you’re most comfortable with, but keep in mind that the “bittersweet” motif was coined in the west and it’s rarely used nowadays!

27-years-old Brazilian, trying to survive with a black and navy wardrobe during the summer. I work as a freelancer writer in fashion, games and education. During my free time I enjoy sewing, writing fiction, drawing and, of course, playing lots of video game.